Cory Redding celebrated his successful career in the National Football League with the #PartyWithCRedd90 event held in the heart of Texas on April 11, 2015.

It was a weekend of fun and excitement as friends and family from across the country traveled to Austin, Texas - home of Cory's college football town! Guests took part in the festivities, including a kickoff party at The Speakeasy in downtown on Friday, teeing off with Cory and ending Saturday night with a bang at Brazos Hall, planned by yours truly - Clearly Classy Events. 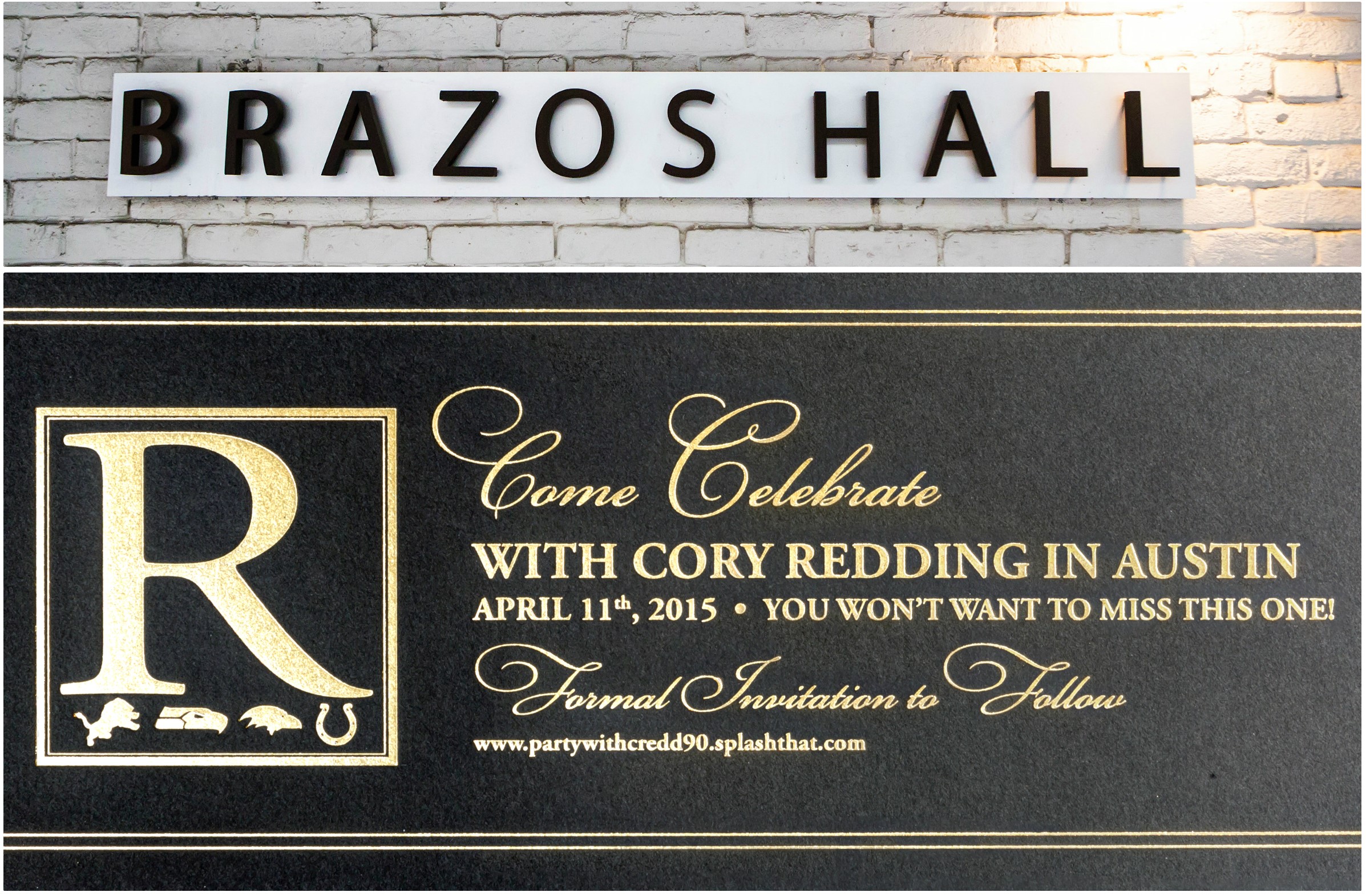 A custom logo was created and featured throughout all aspects of the Redding Event; the invitations, social media, screen displays, decor and party favors. Underneath a golden "R" were images of each NFL team commemorating Cory's career thus far: the Detroit Lions, Seattle Seahawks, Baltimore Ravens, and Indianapolis Colts. Save-the-date's and Invitation's were uniquely crafted by Carla David, and the glowing Welcome Cards were designed by The Inviting Pear.

Walking into the decorated venue was breathtaking! Strong Events' full-round bar, customized with Cory's event logo, was placed directly in the center of the rooftop deck. Brazos Hall filled up this rockstar bar with their outstanding bartenders for the night. 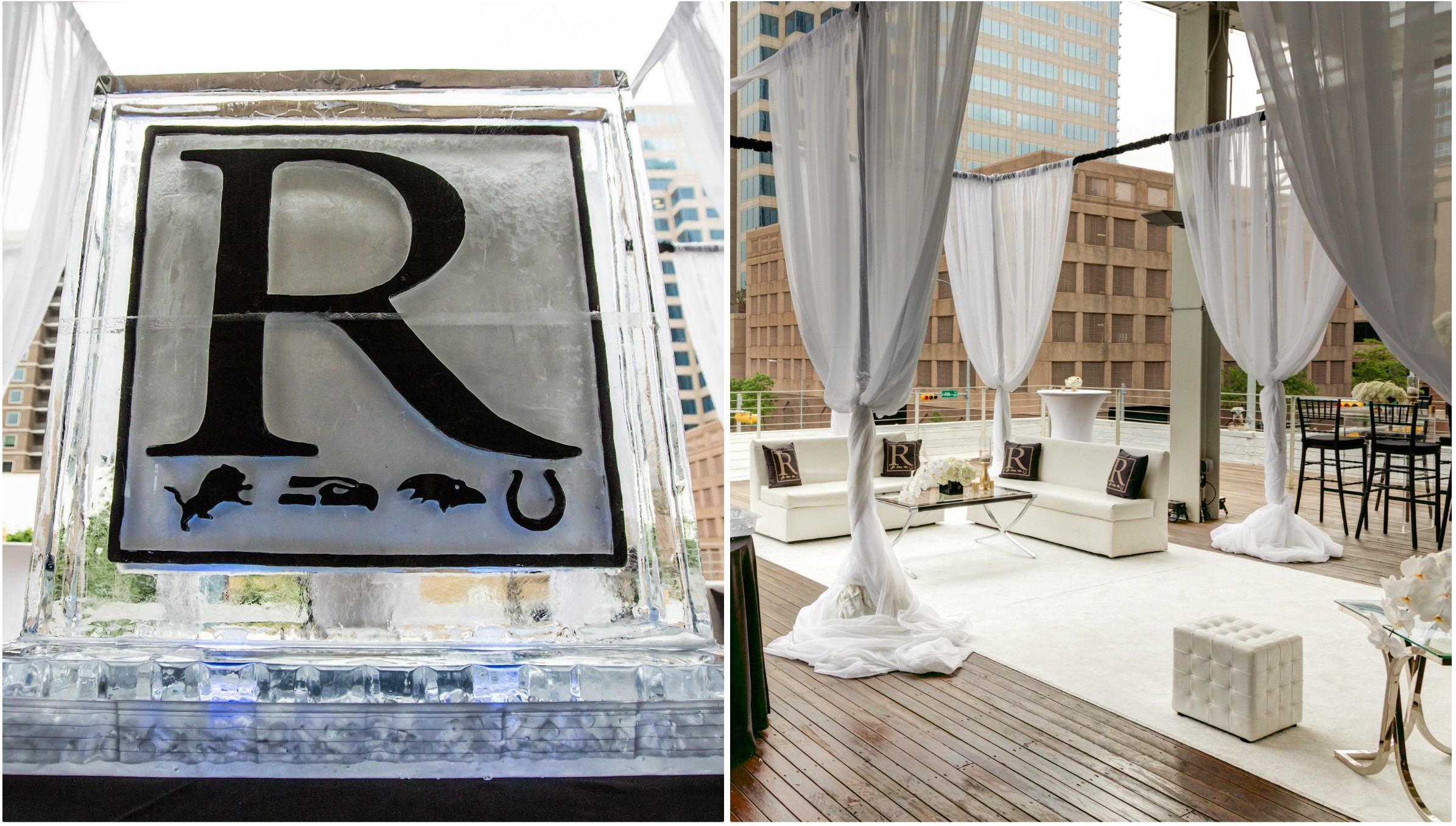 Flora Fetish designed the gorgeous all-white arrangements that decorated the venue space. Arrangements ranged from high to low mixed in with golden votive candles. With the themed colors of black and gold, the white floral fulfilled the vision of sophistication with a masculine touch. 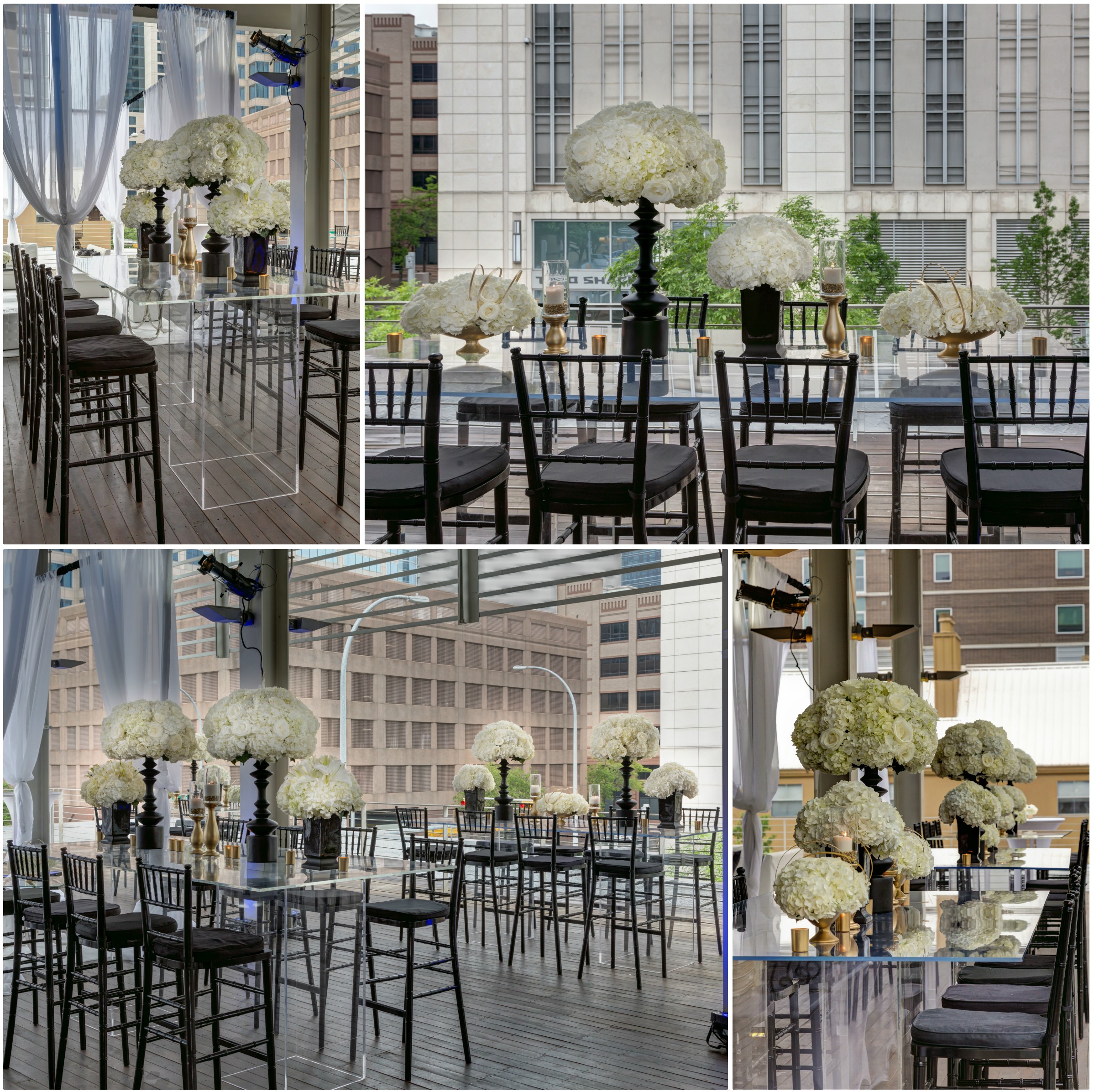 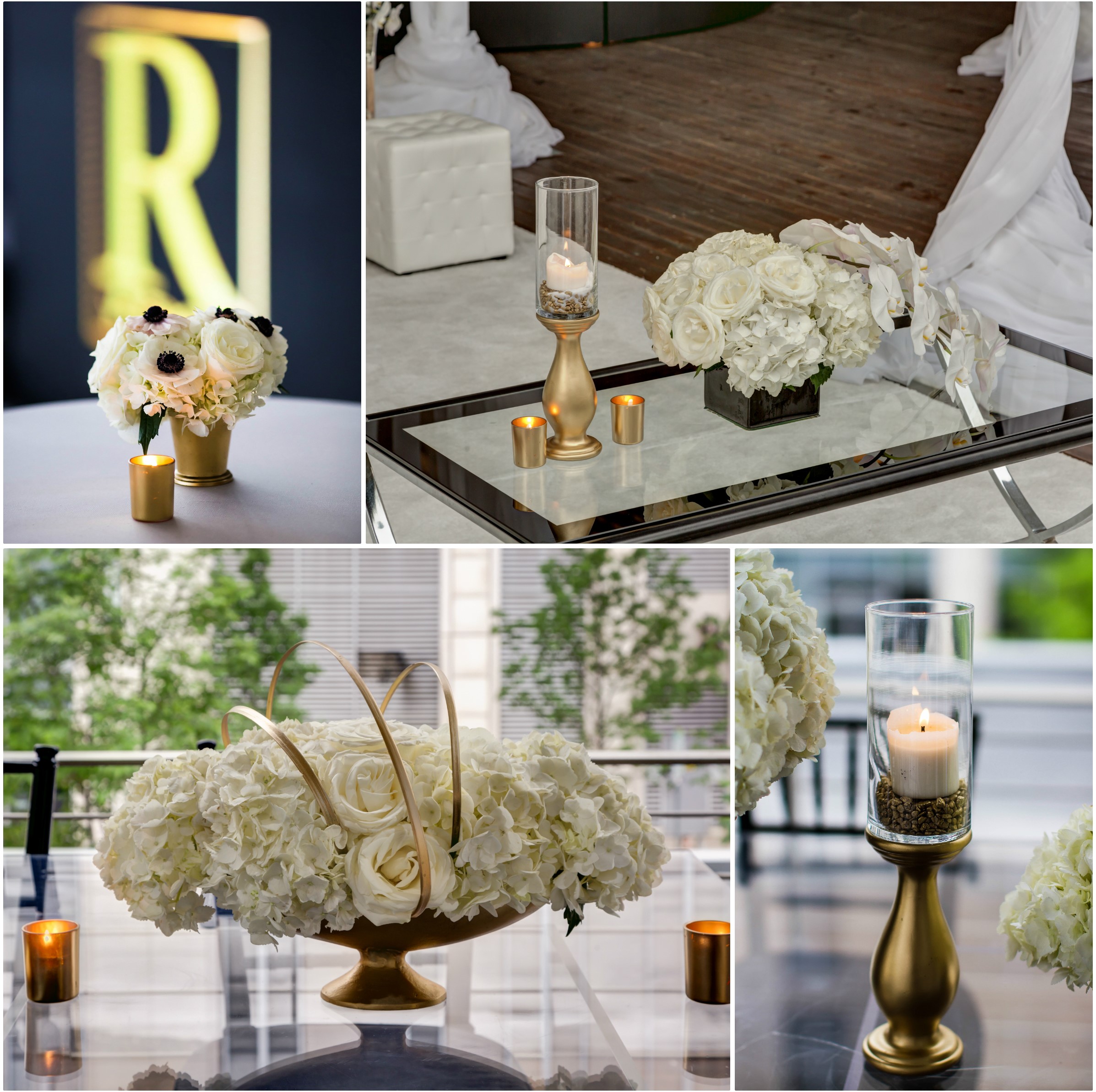 The rooftop deck of Brazos Hall, with its exclusive downtown views, is a gorgeous setting for any social event. Premiere Events helped enhance the venue's allure by providing furniture rentals for lounge areas to create the relaxed atmosphere Cory wanted for his guests. 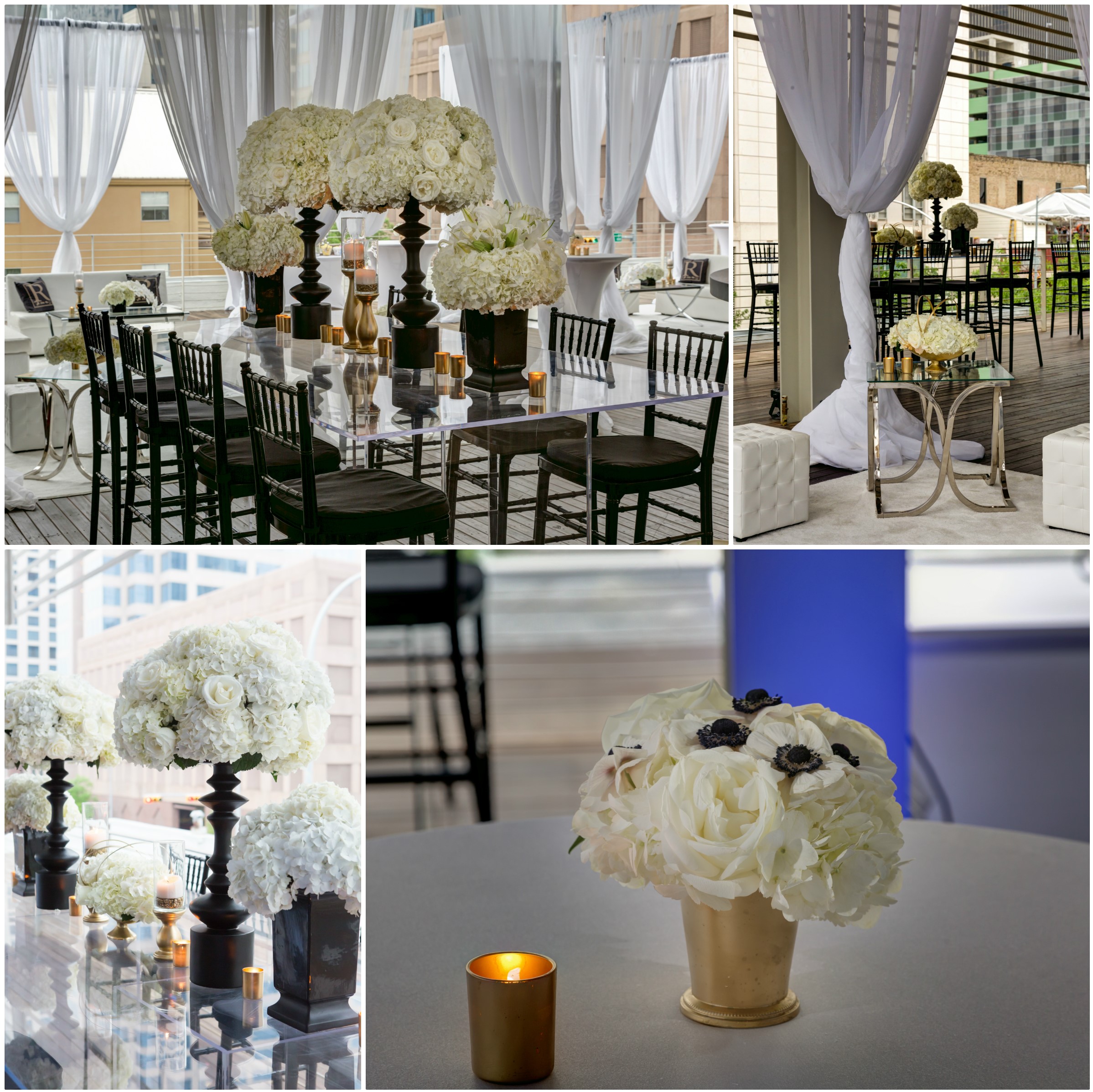 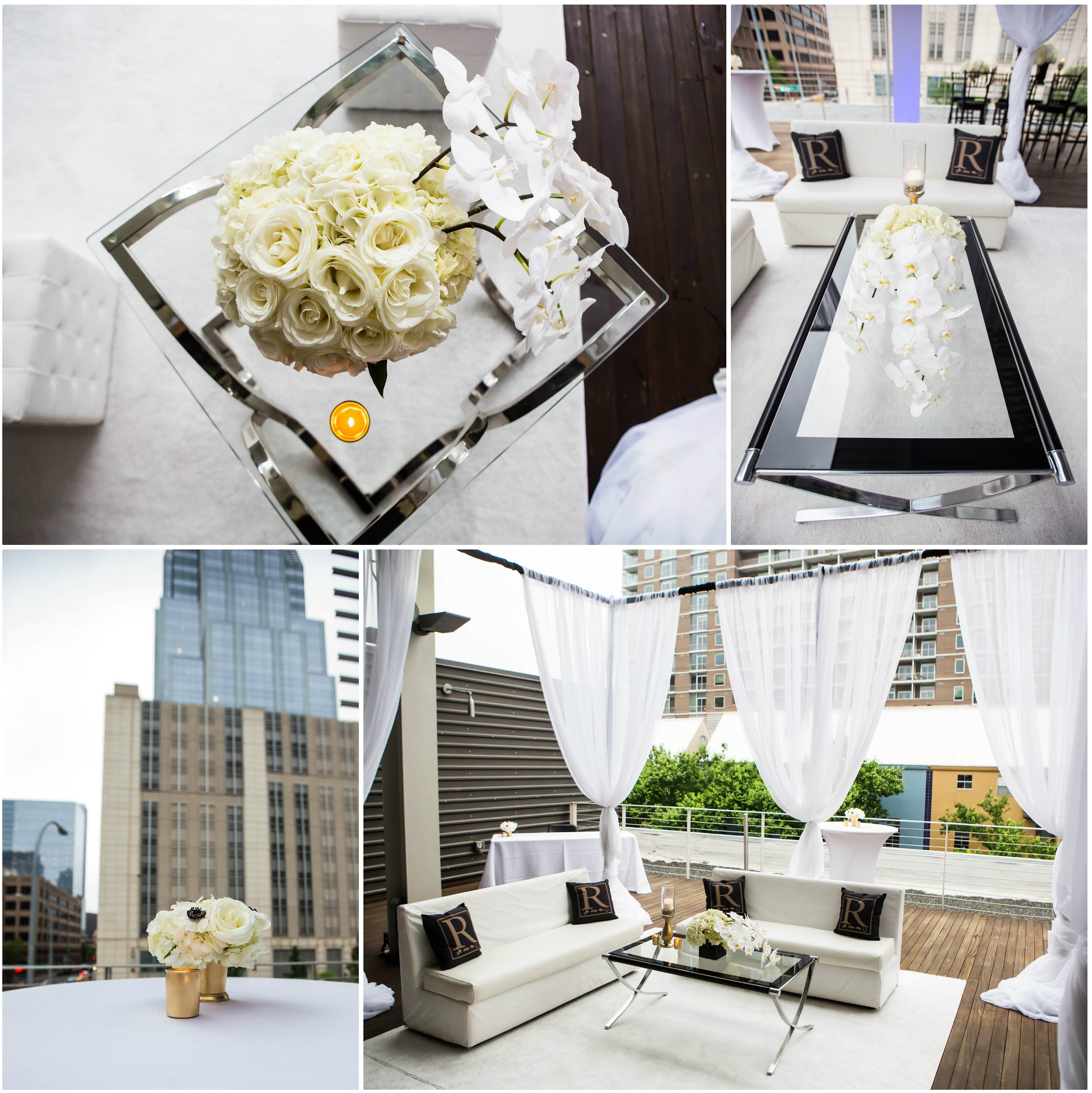 Sweet Treets Bakery made the delicious five-tier black and gold cake for the party. Each side of the fourth tier featured the years and logo of each NFL team for which Cory played. 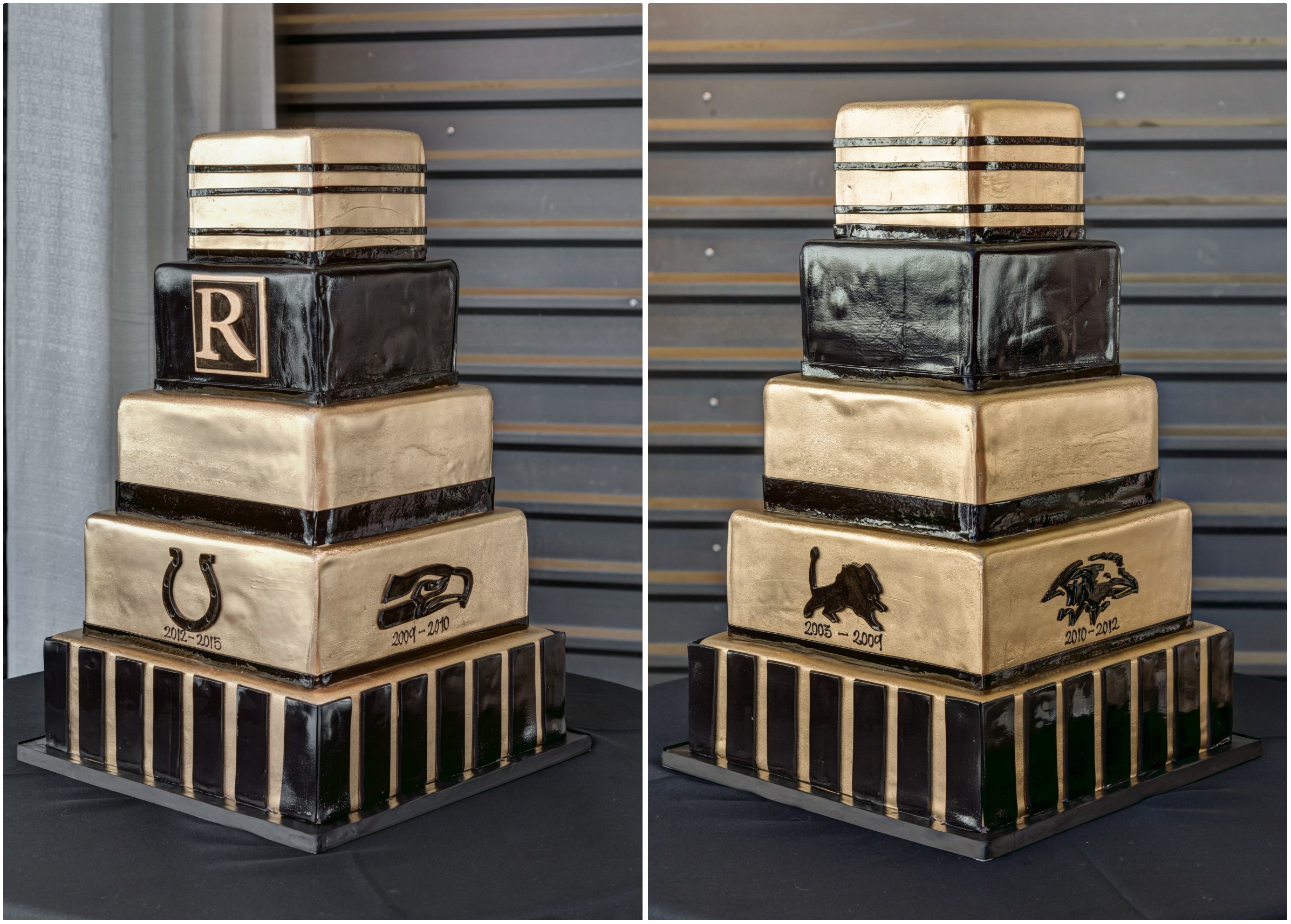 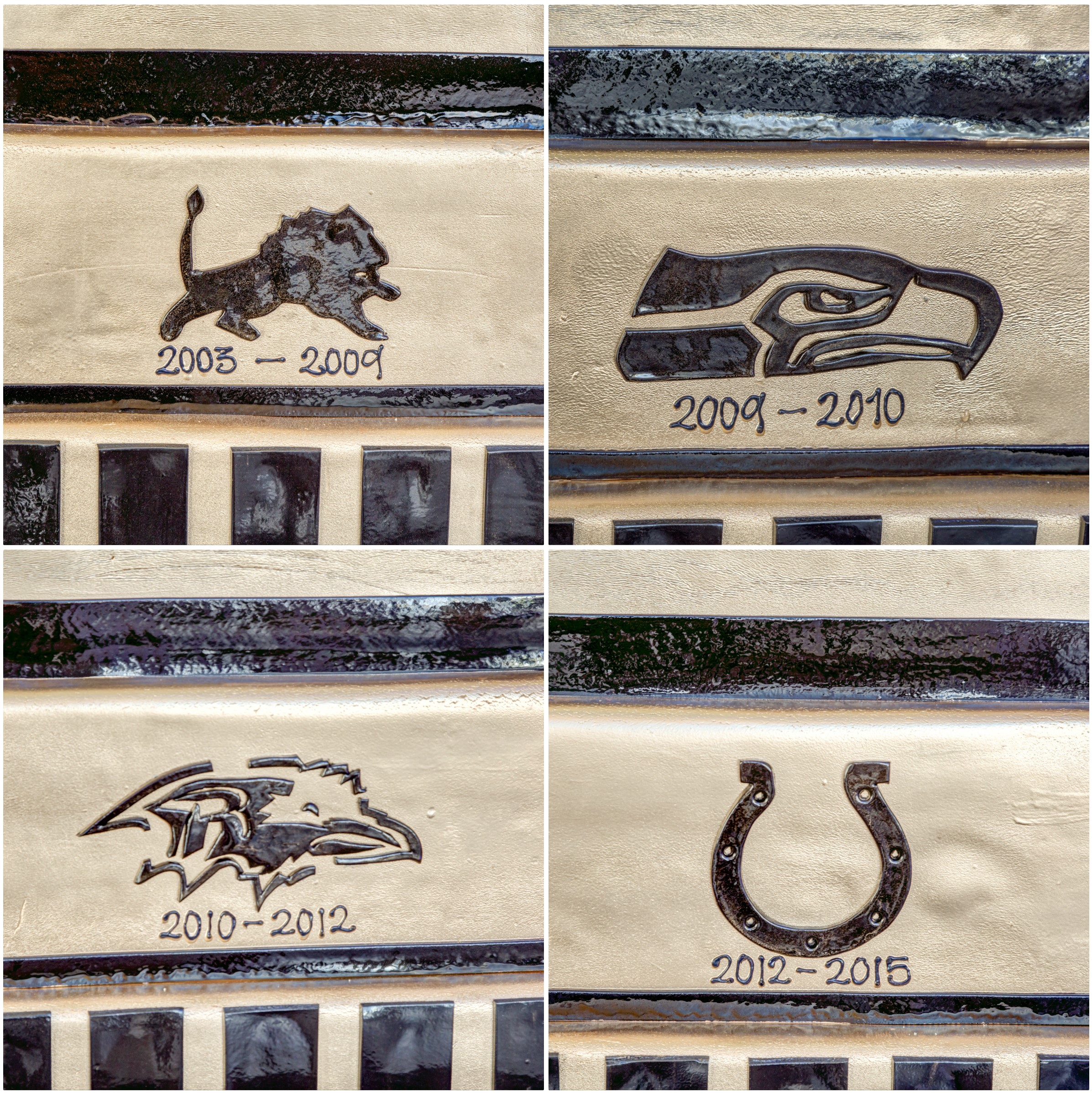 As part of the unique entertainment offered throughout the night, guests were treated to custom cigars at a cigar-rolling station by Bobalu Cigar Company. 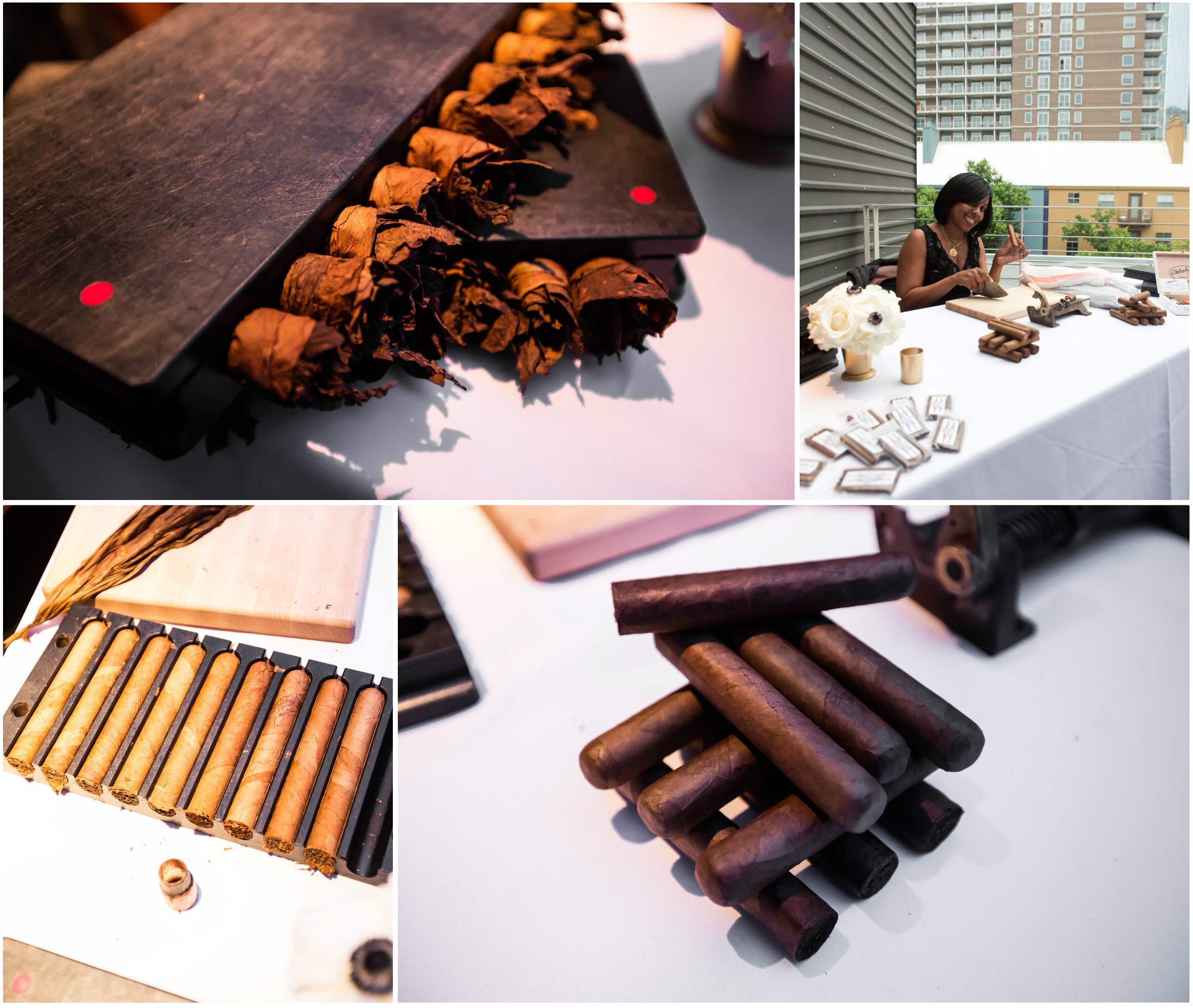 As the guest of honor arrived, Cory and his wife walked the red carpet then up to the party where photos and paintings of Cory in uniform decorated the welcome area. 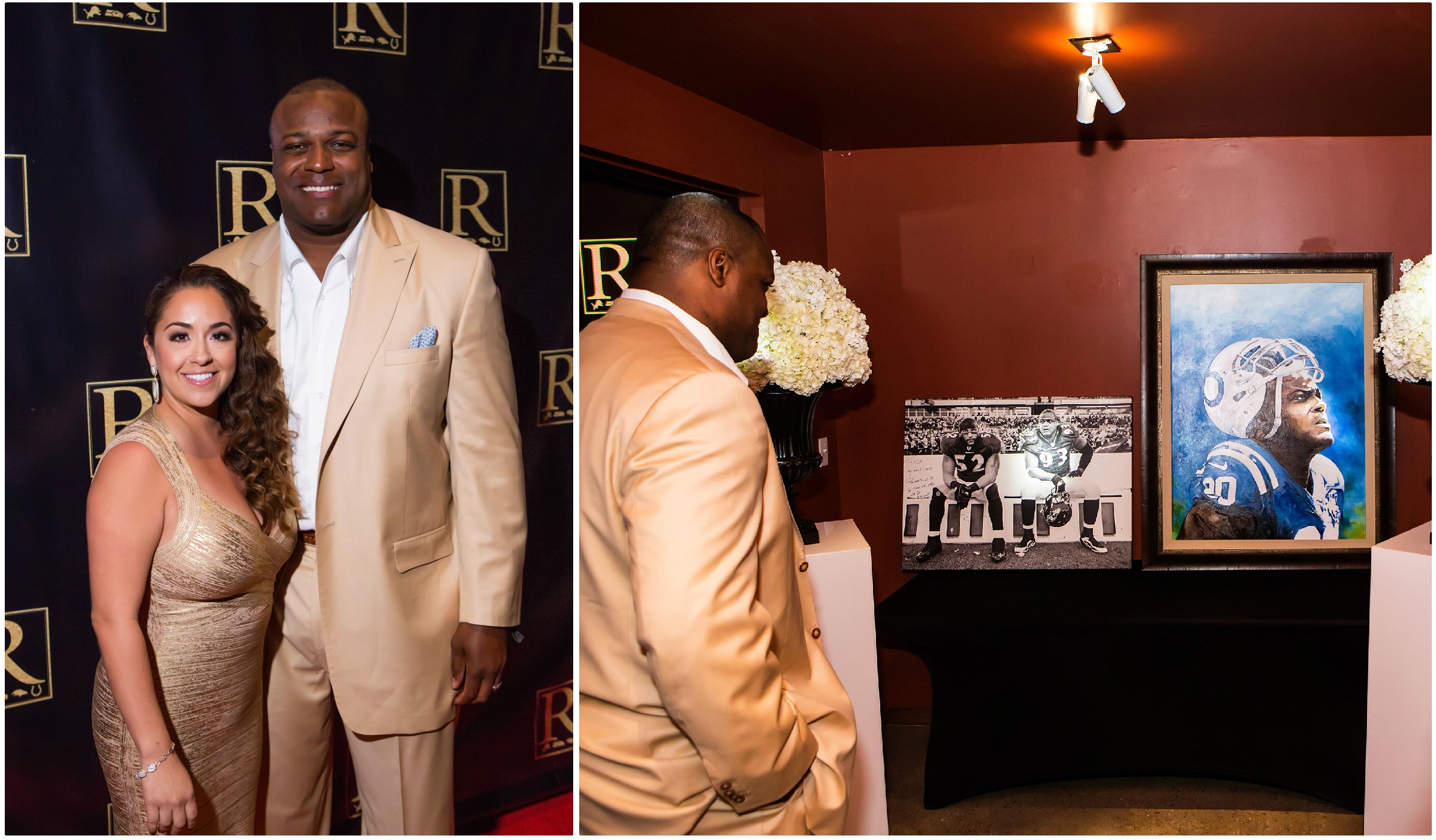 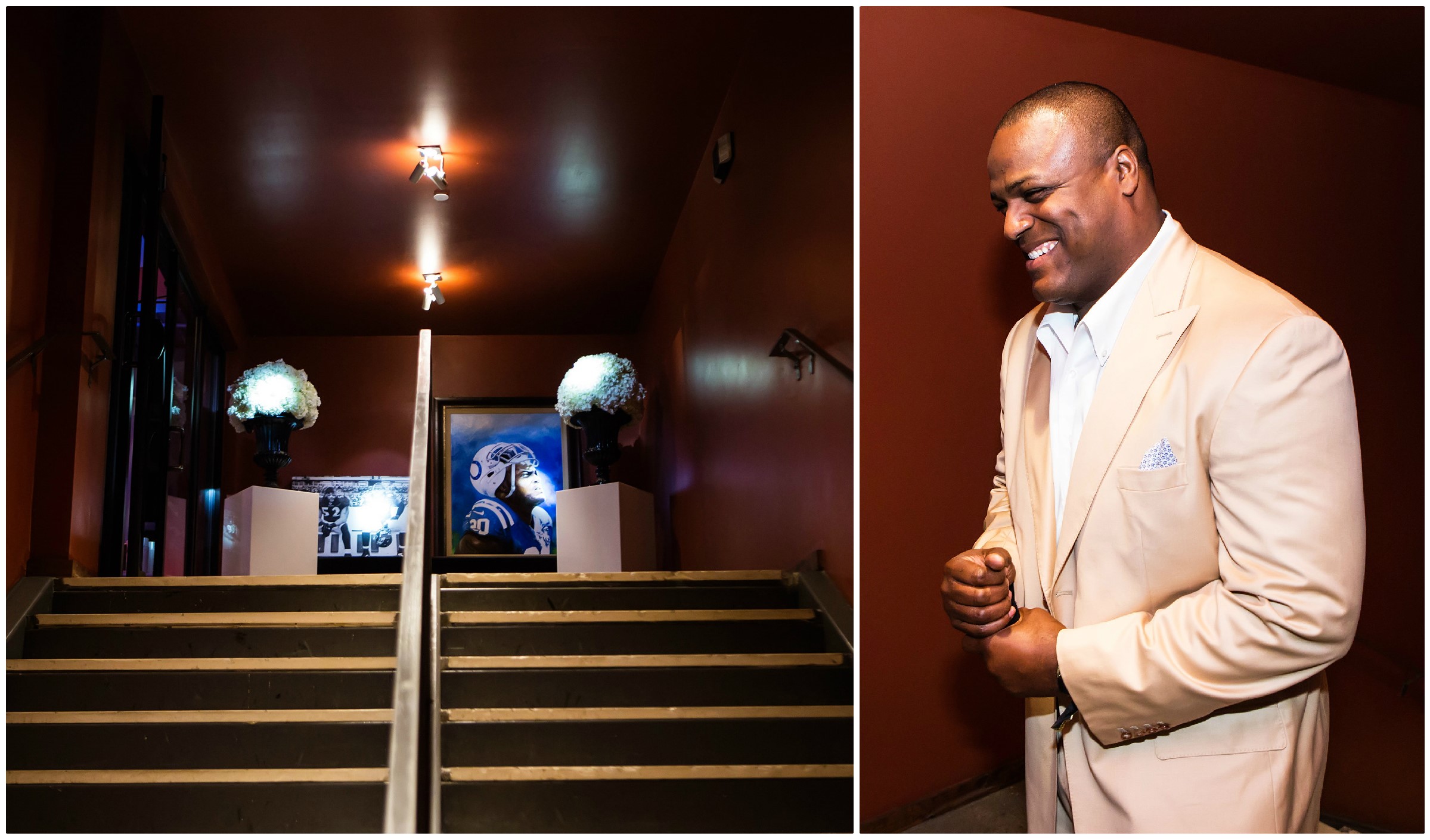 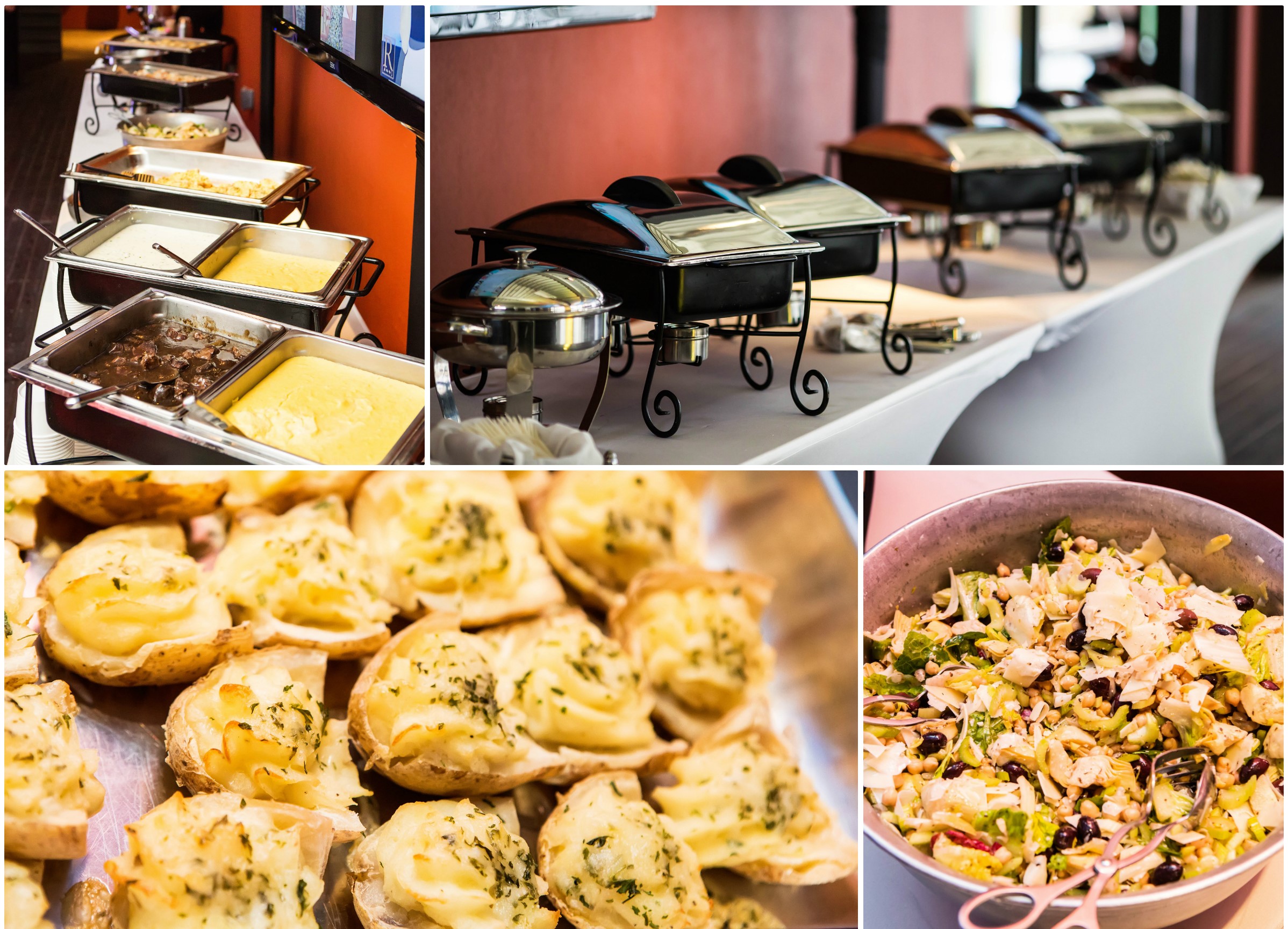 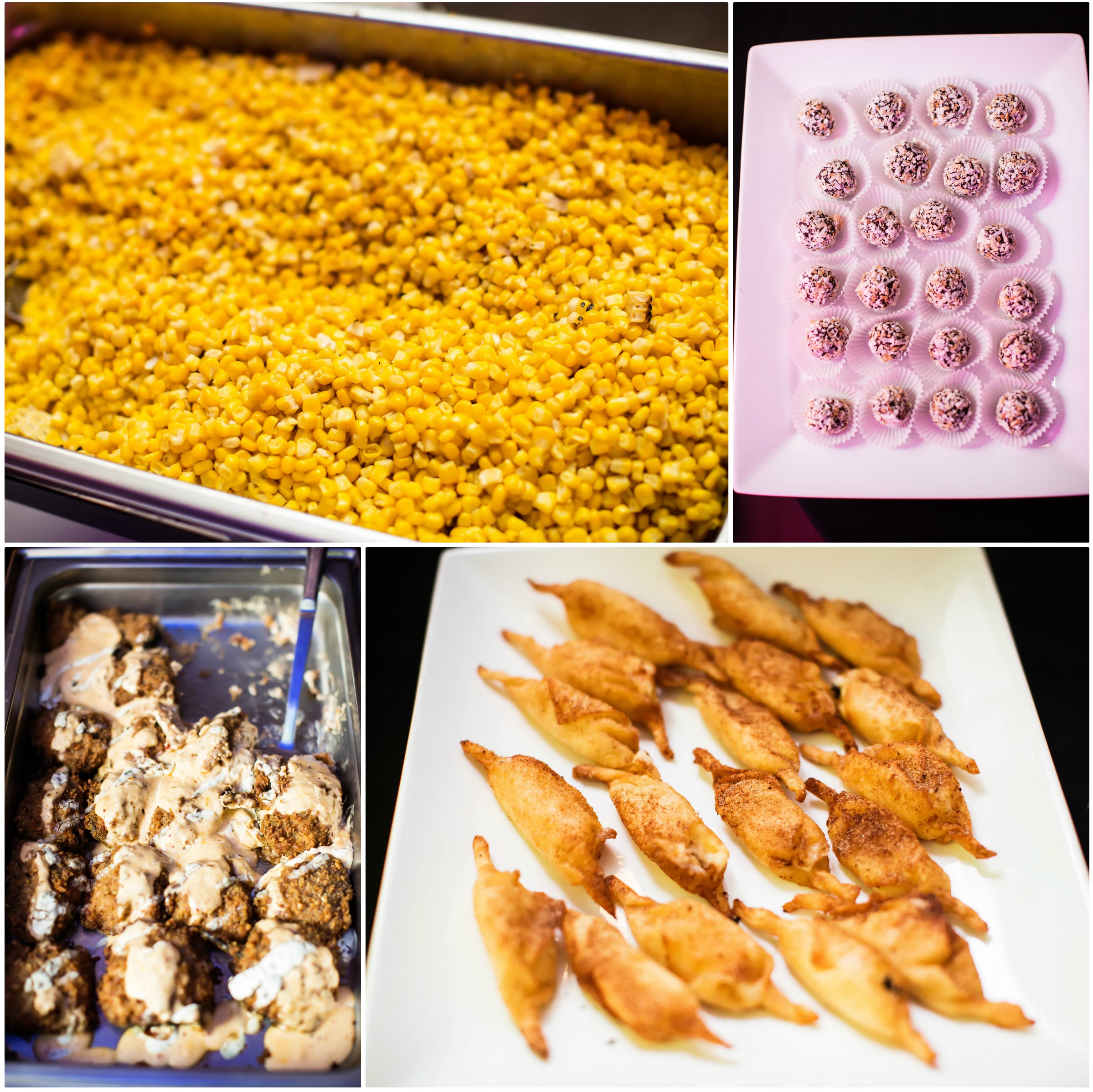 Through his journey to the NFL, Cory Redding played at the University of Texas in Austin. As a surprise to Cory, the UT Longhorn Band Drumline performed during the cocktail hour. The drumline's performance was flawless and Cory loved the suprise! Hook 'em horns! 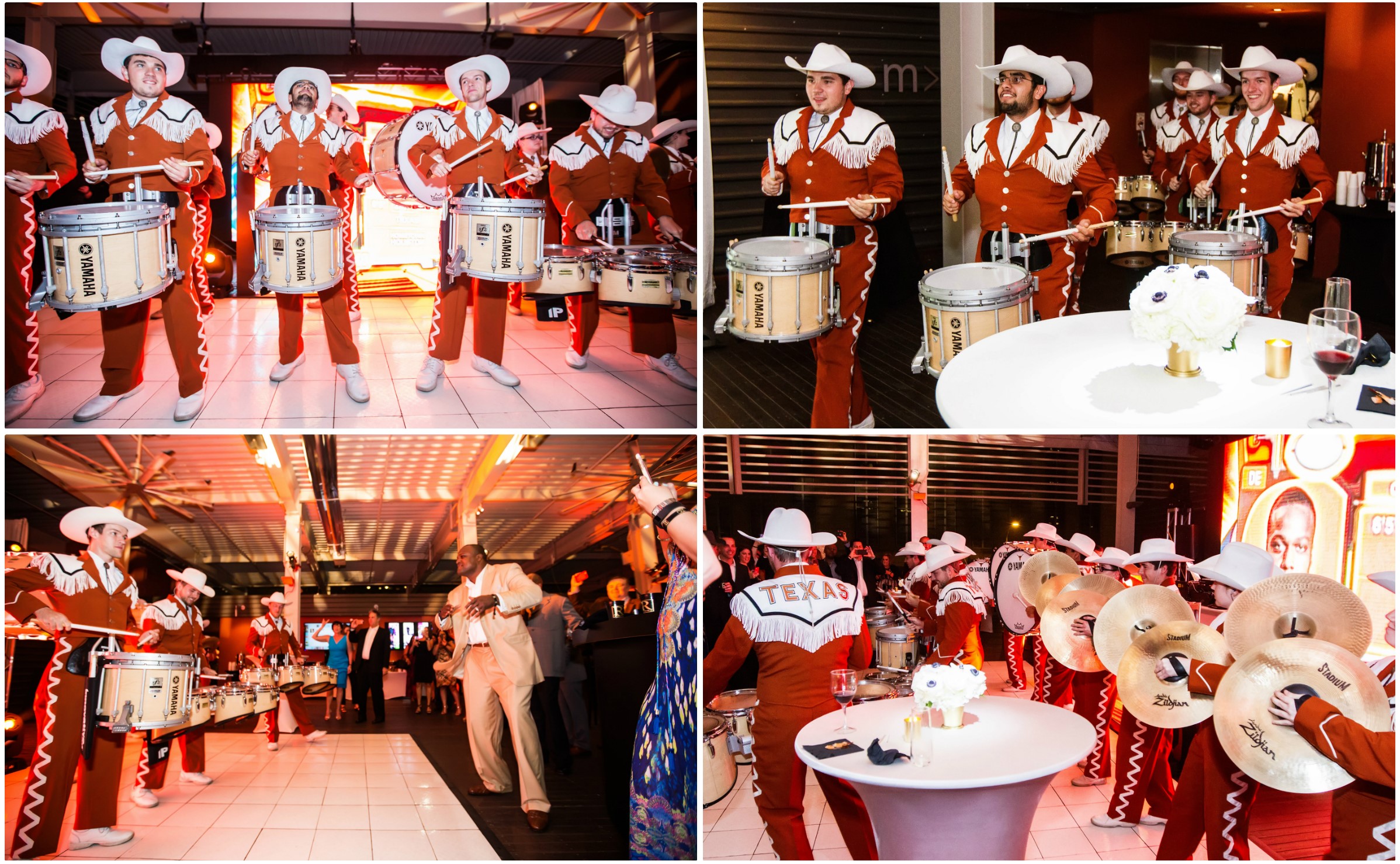 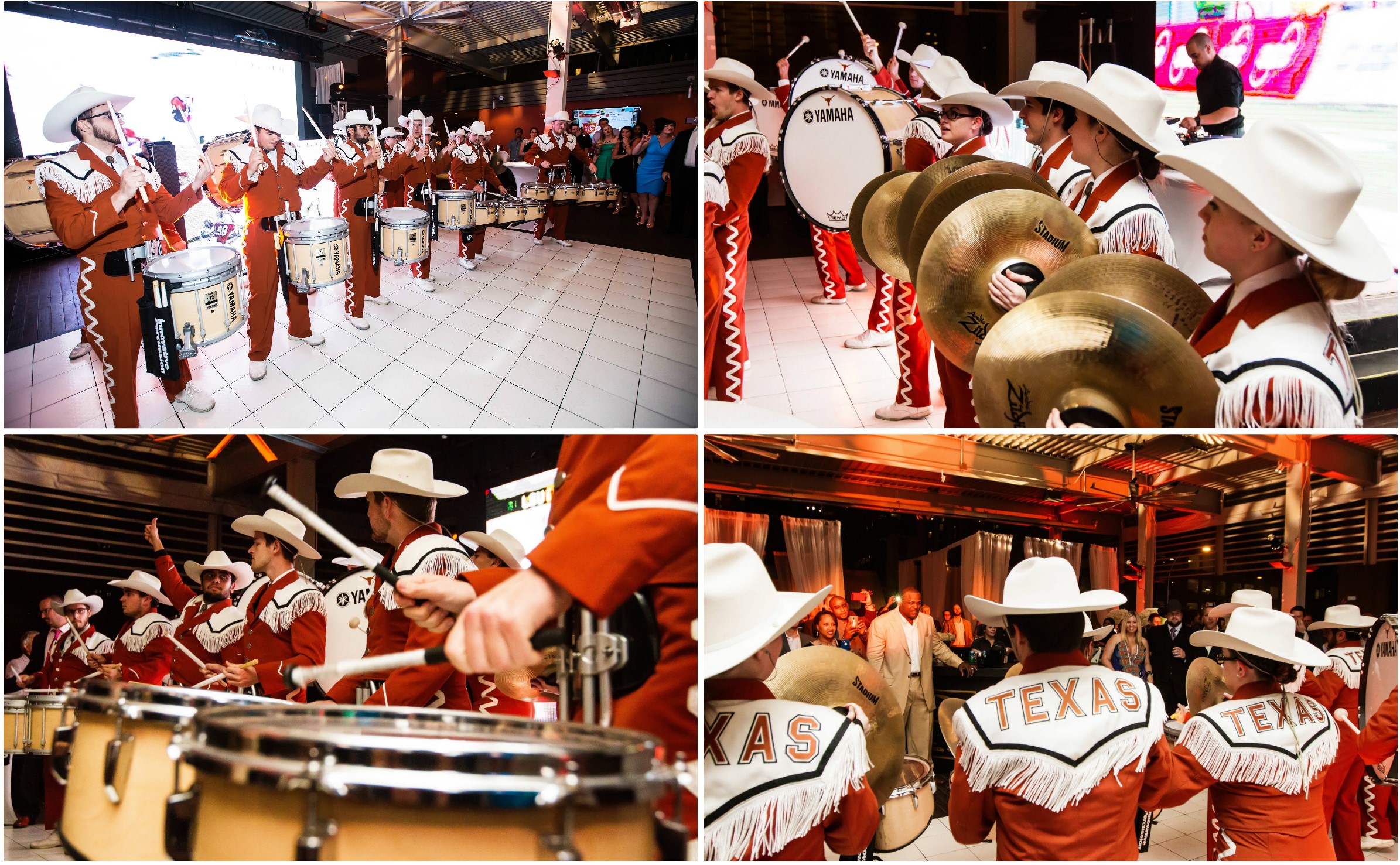 Cory toasted to his wife for all of her love and support, and to his guests for attending and celebrating with him. What began as a retirement party the year before, turned into a celebration of his career to date and signing to a new team! 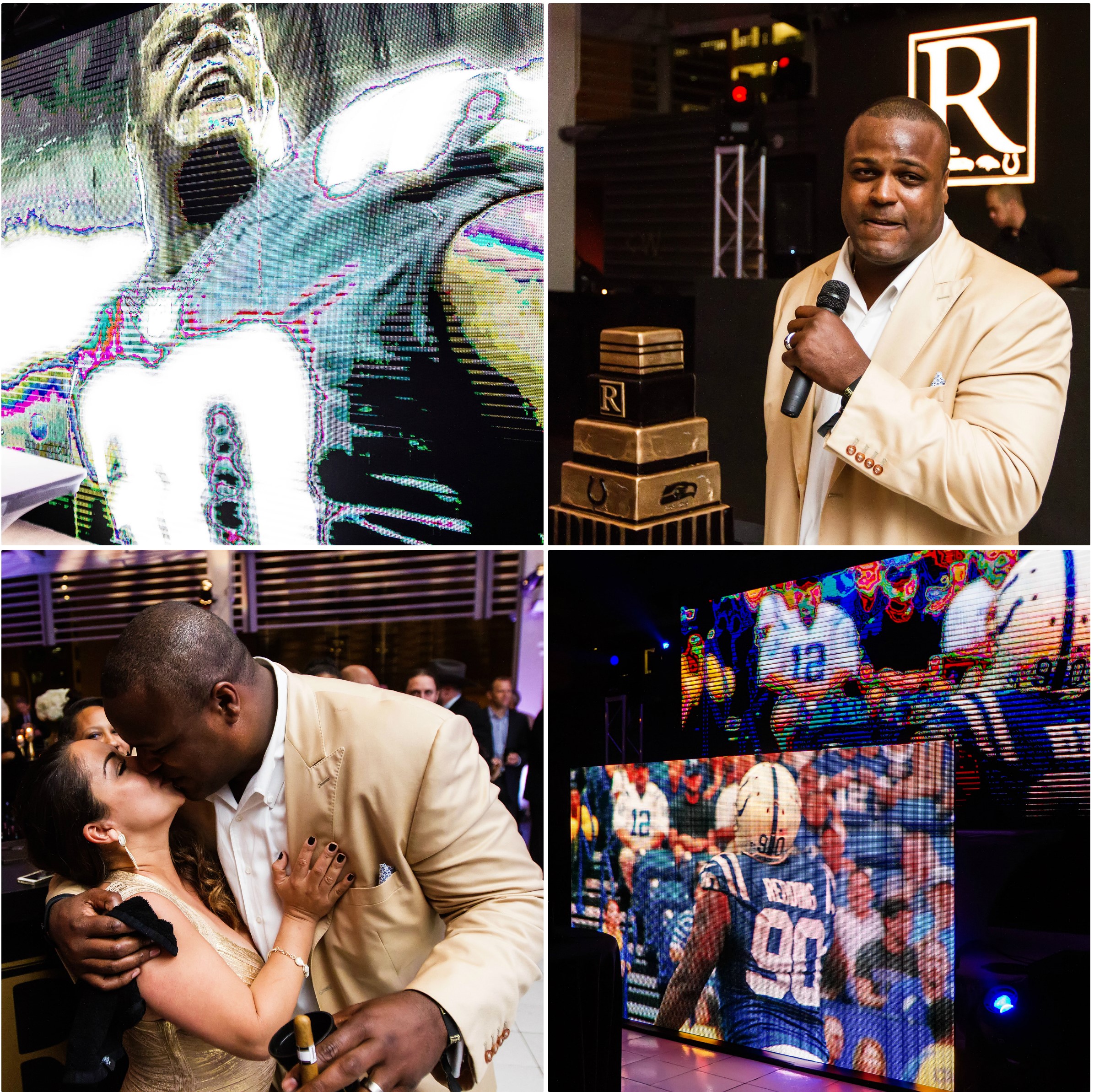 Before dancing began, the DJ switched displays of NFL highlights on the split screens. Once it came time to open up the floor, Cory led the dance party as Texas Pro DJs had everyone busting a move and enjoying themselves the rest of the night! 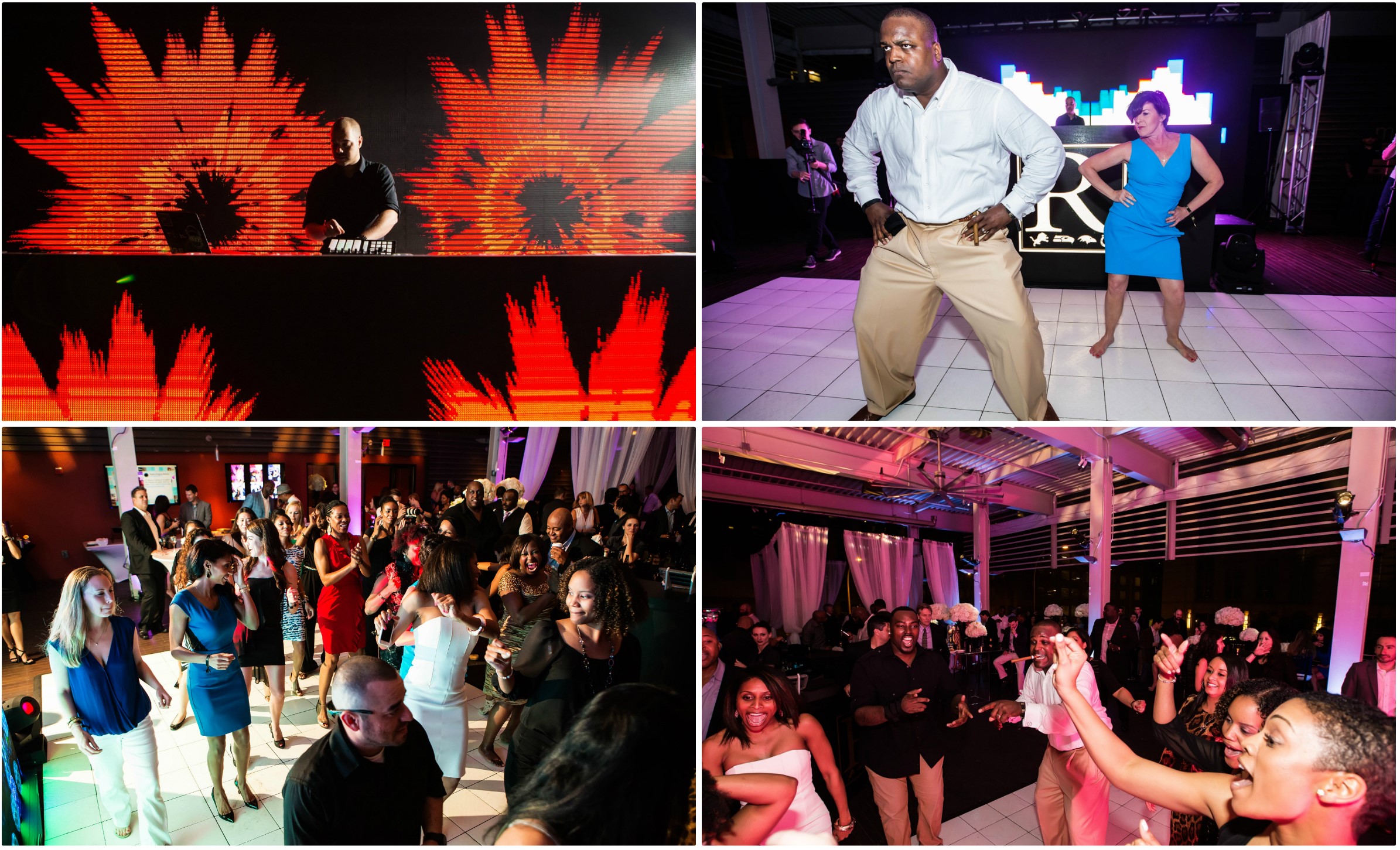 Congratulations to Cory as he continues his successful NFL career and is now playing with the Arizona Cardinals! 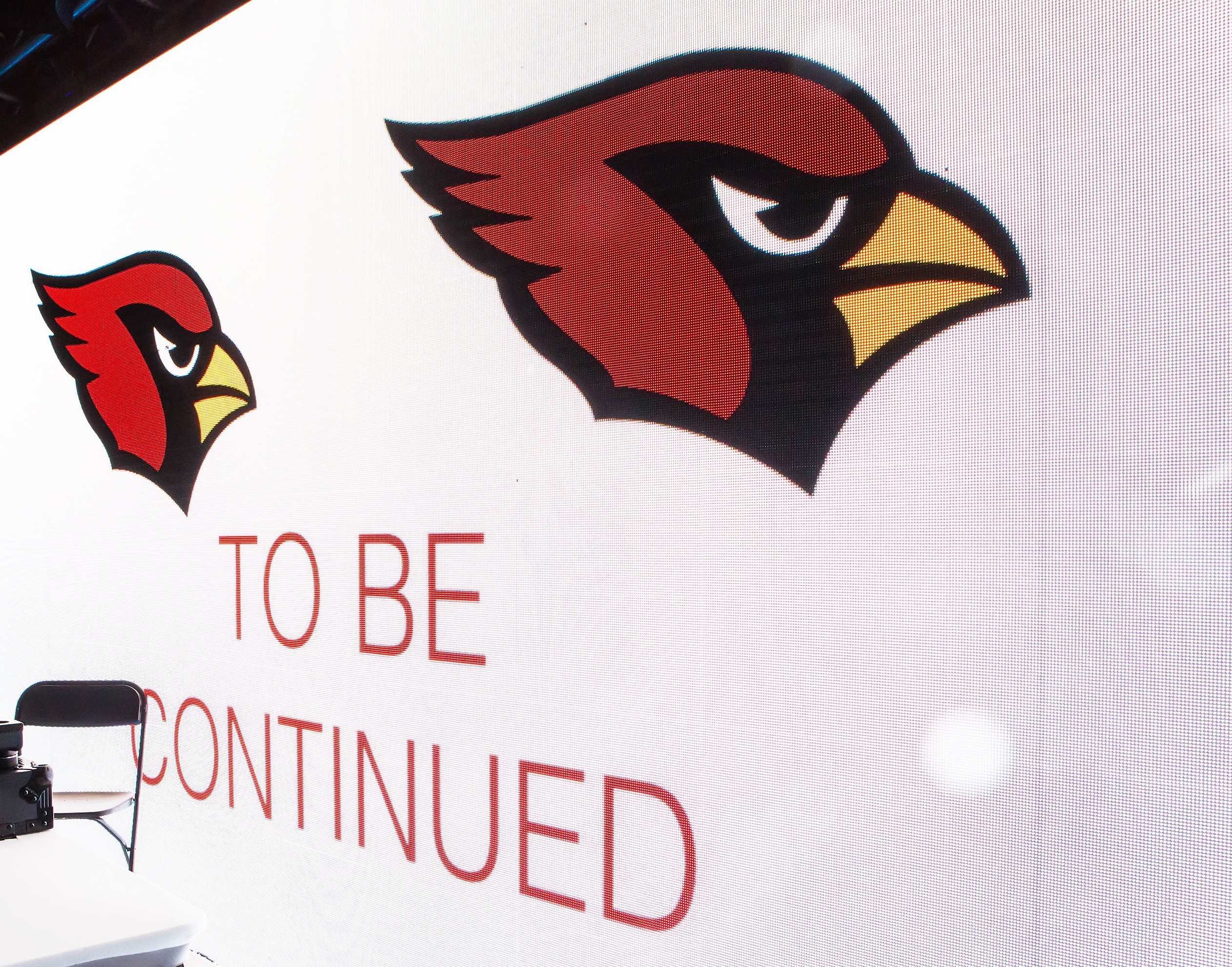 Watch a video clip of the #PartywithCRedd90 event filmed by Wide Open Weddings!

Thank you to all the fantastic vendors who helped make this an unforgettable party!

Photo Booth - My Event is the Bomb

6 years ago johnell Comments Off on #PartyWithCRedd90